This is a straightforward guide to start developing on the monero project (monero, monero-gui, etc.) on Windows without using a Linux [virtual] machine. Although I have a Linux machine, I am maximally productive on Windows as it is my primary OS. When copy pasting terminal commands, paste into notepad before pasting into your terminal because it’s a good habit to catch a clipboard jacking attack.

If you want to contribute through a GitHub account, you will need to fork the monero or monero-gui repository. If you are new to GitHub, see: fork a repo

Use git or GitHub Desktop to clone your fork. Clone the original repository if you want to contribute anonymously.

Replace the URL below with the URL of your fork.

--recursive is used so that submodules are cloned as well. Otherwise, you’d have to update those submodules when the build fails.

I use VS Code when working on the monero-gui project and for most projects, even this blog! The exceptions being: Python, Windows C++ development, .NET development, Java.

In the Windows instructions for the Monero project you are interested in, you may see that pacman is used to install dependencies. Pacman is the default package manager on Arch btw. However, the installing process is not guaranteed to work for monero-gui since the README.md is missing the -Syu command. If you already have MSYS2 installed like I had, you’d run into issues.

Run the following commands in an MSYS2 64-bit bash window. I suggest using the one we opened up in the previous step or you can open one externally if you don’t use VSCode. Note that the dependencies take a bit of storage. I think I used a couple GBs (my perspective is that I have 4+ drives). I’ve included --noconfirm so that you can play Pacman on Google while these commands are running.

I noticed that when building, Windows anti-virus would spike. So I recommend excluding the project folder as well as the msys2 folder from Windows Security or whatever anti-virus software you are running.

Default Number of Jobs for Make

We want to avoid entering in -jN every time we build, but what should N be? I use CPU cores - 1 so that I can still use my browser and other apps while building. You can run the following to set that so.

If you want to contribute anonymously, I suggest you git commit on a separate branch than the default one. After you’ve committed your changes, run the following from your branch.

After you’ve created a patch, you can post it on #monero-dev or #monero-gui.

Funny thing. My house has these Plume devices which blocks matrix.to links, so I’m running a VPN a lot of the time now.

I will assume you can figure out yourself how to commit your code changes and push them to your GitHub fork. However, I will provide some git commands to use for common occurrences. I am not a git guru so I use GitHub Desktop + VS Code most of the time.

I use the Git Graph extension to avoid the CLI for rebasing, squashing commits, and other actions where GitHub Desktop is inadequate.

Suppose you are developing a feature and now your forked repo is many commits behind the upstream target branch. Or your pull request cannot be merged due to at least one conflict (a conflict arises when git cannot determine whose change should be respected because there are exclusive commits in two different branches that changed the same thing).

If you did not fork the repo, life is a bit easier as you can skip step 2 and use the command git rebase master for step 3.

Suppose you went on a commit rampage just for one feature. Everything works, so one commit is more elegant than many commits. To perform a squash, reset your branch to the commit you don’t want to squash. Commit your changes and force push. Make sure the commit you are resetting to is on the same branch. Otherwise you are performing a rebase and might need to resolve a merge conflict.

I hope this was helpful. I spent 8+ hours writing and debugging over two days. Feel free to donate some Monero. 84PR6SkYd5zaFLKDjAFrQfbaAg2c7SV3q3XDZ15QCpEZUggrN4YzY7n8m9XC3deXjo41yWHTm1LrsUpPTYGnRQbD9Cwp8En 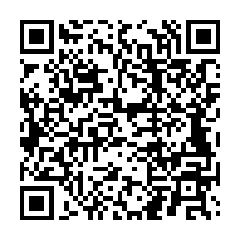